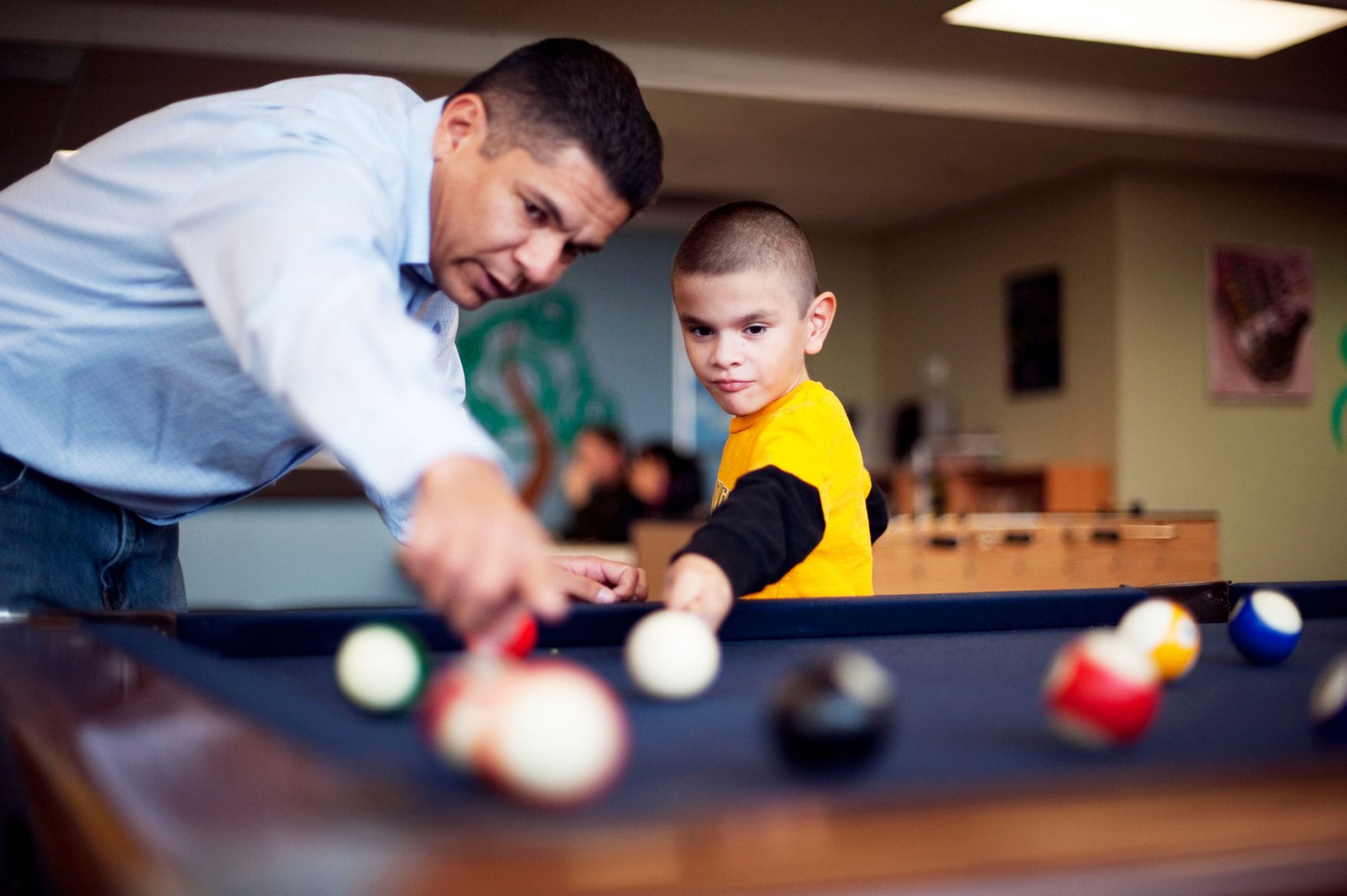 “Why couldn’t the baker go to the game?” 8-year-old Andrew asks as he leaves a voicemail for his Big Brother. “You’ll have to call me back for the answer.”
“Because he didn’t have enough dough!” he exclaims when Carlos calls him back.
A couple years earlier, Andrew was not laughing. In fact, as his mother Lisa recalls, he would cry every time his sister’s Big Sister would pick her up for an outing because he wanted a Big Brother of his own. “When I told Andrew it was finally his turn, we were all very excited,” Lisa says.
When Lisa was a kid, she remembers her aunt raising two young boys as single mother. “They never had their dad, but they would always come home talking about the great time they had with their Big Brothers,” she remembers. “So when I became a young, single parent, I knew Big Brothers Big Sisters would be a good way to find a positive role model for my son.”
Andrew’s and Carlos’ phone conversations are not always fun and games—and that’s what strikes Lisa as the most special element of their relationship.
“Carlos will take his time to listen to Andrew, so he feels safe talking to his Big Brother,” Lisa says. “He’ll tell Carlos when he’s having trouble controlling his temper. The way I hear him talking, he doesn’t hold anything back. And when Carlos is talking, I can tell that Andrew is really focusing and listening on what Carlos is saying.”
Carlos has not only been a positive sounding board for Andrew, but also an essential resource for Lisa. Because Andrew has emotional issues stemming from the absence of his absent biological father, Carlos talks regularly with Lisa on the phone and often accompanies her when she visits Andrew’s counselor. “It shows that he really cares about my son,” she says. “They have fun together, but they also have heart-to-heart talks—so Carlos has important insight.”
Lisa is thankful that Carlos has invested his time in Andrew, encouraging a positive outlook on life. Carlos has a wife and two daughters but consistently schedules one-on-one outings with his Little Brother. “I like getting man-to-man time with him,” Andrew says. “He’s the nicest person I’ve ever met.” Carlos also includes Andrew in family outings. Most recently, they had a barbeque in a local park and Andrew played baseball with Carlos’ family.
“I’m very appreciative of Carlos’ wife and children as well,” Lisa continues. “Sometimes I feel like they are giving up Carlos for a little while so my son can have time with him. He could focus solely on his family, but Carlos has reached out and brought my son into his family too. They really seem to welcome him with open arms.”
The pair always has fun on their outings—sporting events, visits to the park, going out for pizza, watching movies. “We have found a gold mine in Carlos. He has really taken Andrew under his wing.”
When Andrew and Lisa first signed up with Big Brothers Big Sisters, Andrew waited more than a year to be paired with Carlos. “It was very discouraging for him,” Lisa explains. “My daughter only had to wait about three months. I encourage more men to volunteer—the life of a young boy will never be the same. It’s sad when a biological relative doesn’t understand the difference they can make, but it’s great that someone with no connection to the child can make this kind of commitment. That, to me, is priceless.